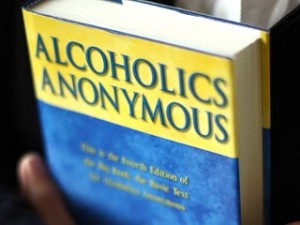 A woman identifying herself as "Carol W." holds the Big Book, the basic text for Alcoholics Anonymous, at a meeting in Seattle in this June 10, 2010, photo. (John Lok/The Seattle Times/AP Photo)

More than 70 years after the publication of the Alcoholics Anonymous “Big Book,” which provides the framework for the AA program including the twelve steps, Hazelden is publishing the original manuscript as written by co-founder Bill Wilson. This original manuscript contains far more and more overt references to Christian doctrine than the originally published version, which was intended to reach a more diverse religious audience. While some criticize the existing AA program as presented in the published literature as being far too Christian already, this new publication shows the original thinking behind the program.

ABC News report on the publication of the original manuscript

1 thought on ““Original” Big Book Manuscript Being Published by Hazelden”